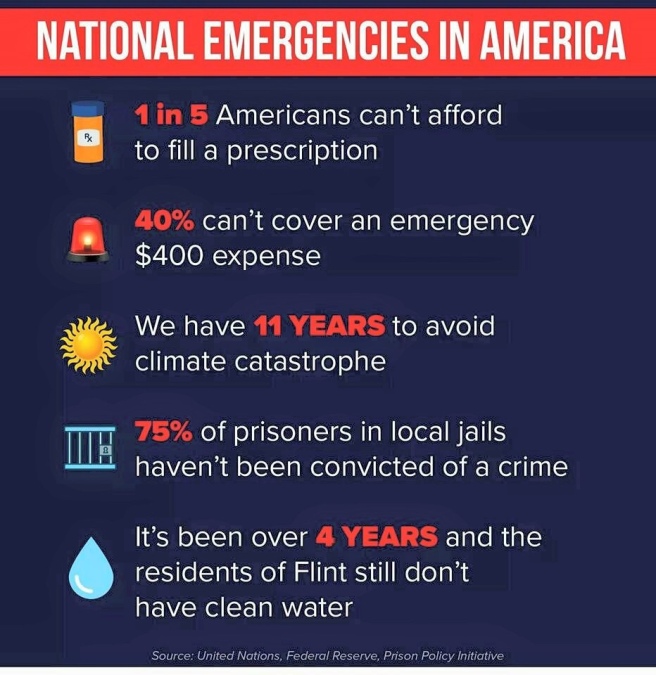 i was honestly shocked by these numbers so i looked them up to verify. they are largely correct, if not varied slightly depending on source:

1. 1 in 7 Americans can’t afford to fill a prescription in 2018 (could have been revised this year)

3. 12 years is what i saw stated (still should greatly alarm us and send us into action…but…)

4. 70% is the percentage i saw quoted (still astounding)

yet, the southern border? crime is lower in border cities. higher crime rate committed by US citizens as opposed to undocumented immigrants. drugs are mainly brought through ports of entry. high majority of undocumented immigrants are fleeing danger and poverty, seeking asylum (legal to do at any point on the border). i’ve listened to various Sheriffs along southern border throughout the last two weeks on NPR state that there is no crisis or emergency. the Administration’s own Intelligence Chiefs when testifying before Congress outlining our biggest threats, DID NOT mention that immigration at the southern border.

…but this President has declared this non-emergency, this non-crisis as a National Emergency and wants to take money from disaster relief from California (dedicated to fire and flooding) and Puerto Rico along with others.

this is what we are dealing with.